The Red Lab Expedition consists of an arctic climatological research laboratory, the Red Lab, which will move with the ice pack following the drift of the ice.

Arctic ice moves in a pattern as a result of ocean currents. The first indication of this pattern was the appearance of remains of the USS Jaenette on an icicle drifting south of Greenland in 1884, said ship having been shipwrecked on the Siberian coast three years earlier. This motivated Fridtjof Nansen to boost the Fram Expedition as an attempt to reach the geographical North Pole.

The Red Lab will reinterpret the milestone of the Fram Expedition, in addition to being able to investigate in situ an environment as remote and hostile as the Arctic bench. This will have an equipped laboratory and a habitat that allows scientists to investigate without the usual physical and psychological wear and tear on a polar expedition.

The expedition takes place in three phases in which the laboratory is transported to the bench, moved by it and finally thrown on the open sea.

The Red Lab departs from Murmansk tied to an icebreaker ship, which moves 200 miles north of the New Siberian Islands, coordinates: 80ºN, 140ºE. Once there it is deposited on the ice.

The Red Lab stabilizes on the bench. Stairs, ramps and wind generator are deployed. At this stage the experiments are developed and surface and underwater Arctic readings are taken.

Upon reaching the Strait of Fram, the bench will begin to melt, the laboratory eventually falling into the water. Inflatable skates are deployed that are tied to the side stabilizers, turning the Red Lab into a catamaran. Can be towed.

The crew will be relieved each station by air transport, each team being six months in the Red Lab. This allows to open the range of experts who can participate and minimize isolation, allowing to work comfortably and in full power.
The laboratory will be self-sufficient and will affect the environment to a minimum.

Canoeing and rowing club in Murcia, 2018 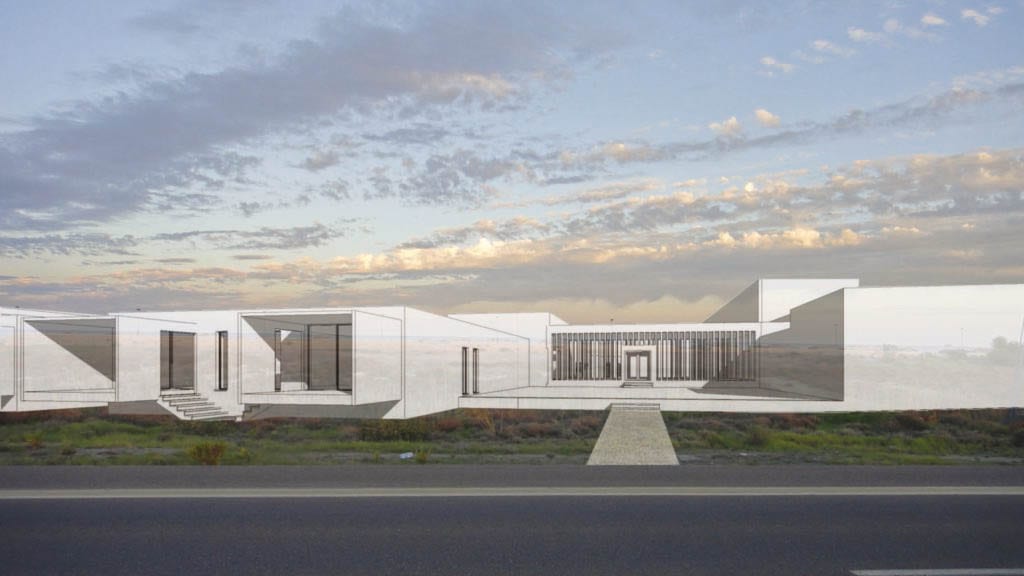