The Vikings and the expansion of the city of Murcia.

The city of Murcia it owes its existence and evolution to the Segura river. The fertile plain of the river is extraordinarily fertile and has been an inhabited area since antiquity. The city was founded in 825 by mandate of the emir of Al-Ándalus Abderraman II. Receiving the name of Madina Mursiya. The origin of the name seems to derive from the pre-existing settlement that since Roman times was called Murtia. In reference to the myrtle that was abundant in the area.

Abd al-Rahman II In this way, he would try to guarantee the supremacy of the Andalusian state authority over local particularisms and maintain control of the heart of Tudmir after the riots between Yemenis and Qaysíes. The destruction of the nearby city of Eio (possibly located in Aljezares) was in turn ordered. That it maintained excessive independence from the caliphal power because its inhabitants were scarcely Islamized. Being more naturally inclined to obey their Spanish-Gothic lords than the authority of Córdoba.

The location was strategic since on the one hand, it allowed river access to the sea. And on the other it was located at a crossroads surrounded by the river to the south, east and west. In addition, access from the north was in a wetland area. In this way, the river was used as a defensive element and means of communication. It is very likely that the city was founded on a pre-existing population nucleus although no archaeological evidence of its existence has been found.

The Vikings began to attack the coasts of the Iberian Peninsula in the middle of the 8th century. They devastated the coasts and went up the rivers, even sacking Pamplona, taking their king prisoner García Íñiguez of Pamplona.

In 858 a fleet of between sixty and seventy Drakkars captained by two of King Ragnar Lodbrok's sons, Bjorn and Hastein, they reached the mouth of the Segura by coastal shipping. Looting Orihuela, seat of regional power. The city barely resisted, revealing the poor control of the Cordoba Caliphate over the area.

But the Cordoba Caliphate reacted to Viking attacks. A fleet was created to monitor the coasts and enclaves were built on the coasts and the mouths of navigable rivers. The Segura river was not an exception, even today the remains of the Rábita Califal, built on the ruins of a Phoenician settlement.

The attack meant the definitive rise of Murcia over Orihuela as the seat of regional power in the Vega del Río Segura. Providing the city with the administrative and economic capital of the ancient Cora of Tudmir. The expansion of the city of Murcia was unstoppable in the 10th century, being in the 11th century the capital of the first Taifa kingdom of Murcia. 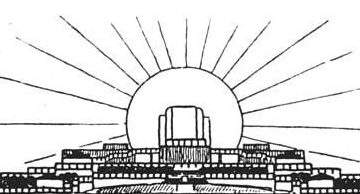 This post will explain the concept of the Crown of the city, one of the antecedents of the Modern Movement. A century has passed since this utopian approach, expressed in response to rapid changes read more… 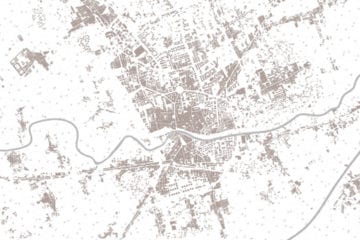 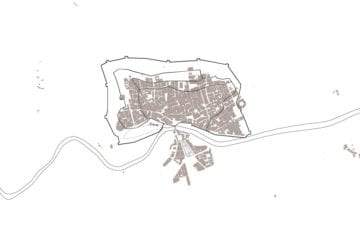 Continuing the previous post on the urban development of Murcia, we are in the late Middle Ages. After the great Christian victory in Las Navas de Tolosa in 1212. Castile began its expansion towards the south, favoring the Andalusian uprisings. read more…