Continuing the previous post On the urban evolution of Murcia, we are situated in the XIX century.

The 19th century brought the construction of the last walled enclosure of the city in 1809 and the demolition of the wall in the middle of the century. With the outbreak of the Spanish War of Independence in 1808, a Supreme Board was created in the city of Murcia. That he tried to extend his authority throughout the kingdom of Murcia in the absence of royal power. The old man count of Floridablanca; who was retired in Murcia, was part of it. Being one of the Murcian representatives in the Central Supreme Board that met in Aranjuez and of which he was appointed president.

With the creation of the current provinces in 1833 through the liberal reform of Javier de Burgos, Murcia became the capital of the province of the same name. While the old kingdom of Murcia was divided into the provinces of Murcia and Albacete.

In 1836, the then very large municipality experienced the segregation of several districts: the new municipalities of Torre Pacheco, San Javier and San Pedro del Pinatar. This meant that the municipality of Murcia stopped having access to the sea, something that it had enjoyed since times of the Reconquest. There was also the segregation of numerous districts of the garden. Such as: La Alberca, Algezares, Aljucer, Beniaján, Era Alta, Espinardo, El Palmar, La Raya, Santa Cruz, Santomera and Voz-Negra. However, they became part of the municipality again from 1854.

Economy in the 19th century

Regarding the economy, Murcia finds itself in a stagnation that lasts until the end of the century due to the crisis in the silk industry and the late industrialization of the area. Liberalism brought with it the confiscations, which totally changed the urban configuration of the city. The monasteries kept entire blocks of the city center isolated from the city itself and dedicated to various uses. The confiscations allowed these blocks to be built, densifying the old part of the city. On the other hand, the city grew towards the south, developing the Carmen neighborhood and building the train station there. In 1897 work began on the Puente Nuevo or Puente de Hierro, which would be the second urban bridge over the river.

In the 20th century, the urban development of the city of Murcia follows the ups and downs of the history of Spain. The city starts the century with an economic boom that brings industrialization to the region. The loss of the last colonies after the disaster of 1898 had as a consequence a massive repatriation of capital from the liquidation of assets of former settlers, which generated an increase in investment that made development possible.

Factories specializing in fruit canning were the main industry in the area, most of which were located in nearby Molina del Segura. In 1902 the New Bridge or Iron Bridge was inaugurated, which connects the neighborhood of San Juan with that of Carmen, growing the city towards the south during the first half of the century, at a slow pace. After the civil war, the new neighborhoods of Santa María de Gracia and Vistabella were built, developed in the 40s through the urban expansion and planning plan, called Plan Blein.

Starting in the 1950s, coinciding with the economic development sponsored by the stabilization plan, the city's urban fabric grew explosively. The economic bonanza added to the rural exodus add more and more inhabitants to the city. A situation shared, on the other hand, by most of the provincial capitals at the cost of the depopulation of the rural environment. It is at this time when the great avenues for road traffic are built, including the Gran Vía that crosses the old Islamic fabric, which meant the demolition of the old Arab baths.

With the advent of democracy and after a period of economic crisis during the 70-80s, the city experienced a second period of urban expansion that began in the 90s and ended abruptly with the onset of the 2008 economic crisis. recent years of great expansion in the urban development of the city of Murcia.

I appreciate you sharing this blog.Much thanks again. Really Great.

I just want to say I am just new to weblog and definitely liked this website. Probably I'm likely to bookmark your website. You really have wonderful well written articles. Many thanks for sharing with us your blog site.

I just want to say I am beginner to blogging and site-building and definitely loved this blog site. Most likely I'm planning to bookmark your blog. You amazingly have very good stories. Kudos for sharing with us your web-site.

If you want to use the photo it would also be good to check with the artist beforehand in case it is subject to copyright. Best wishes. Aaren Reggis Sela

What images do you refer to? The information from the post Urban development of Murcia city is 100% mine. 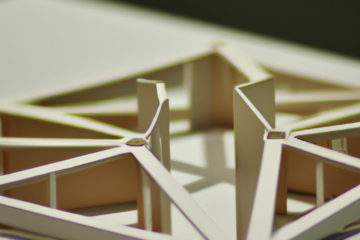 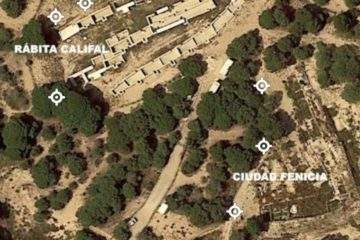