This post will discuss the human settlement with the highest population density in history, Kowloon Fortress or Kowloon Walled City.

Kowloon the city of darkness

If Murcia had the population density of Kowloon, 1 695 884 683 inhabitants could live in it. Almost a quarter of the world population.

History of the Kowloon Fort

But to understand how this extreme of overpopulation was reached, one must understand the history of the place. Behind the Opium Wars In 1842, Great Britain forced the Qing Empire to cede Hong Kong Island to it for the Treaty of Nanking. After this the Chinese administration reinforced the Kowloon fort with the aim of keeping watch over the English from Hong Kong.

In 1898 after the Chinese defeat against Japan, the United Kingdom took advantage of the situation to extend the Hong Kong colony with the excuse of the insecurity of mainland China. This was signed in Convention for the Extension of Hong Kong Territory. Leasing the Kowloon Peninsula to China for 99 Years

The treaty excluded the walled city that became an exclave of the Qing Empire in the British colony. Allowing these to maintain a Chinese detachment and a population of 600 people.

The beginning of the century

The Qing Empire in the early 20th century was in crisis, the Sino-Japanese war, the Unequal Treaties and the Boxer Rebellion had sunk the reputation of Imperial power. In 1908 Empress Cixi died and the last emperor of the Qing Empire, Puyi, who was only two years old, ascended the throne. The fate of the Empire was already sealed, in 1911 the Xinhai Revolution broke out, leading to the establishment of the Republic of China in 1912.

The young Republic of China was an absolute chaos being in practice governed by warlords who fought for power against each other. In these conditions the garrison abandoned the Kowloon fortress and was occupied by the English who administered it as part of Hong Kong.

The fortress then became a tourist attraction in Hong Kong, being called China Town, since it kept the walls and the Yamen (barracks) in good condition. In addition, a school and several houses were established.

After the Japanese invasion of Hong Kong in December 1941, the fortress walls were demolished to use its stones to expand the Kai Tak airport. The area was practically devastated at the end of the contest. After the World War, the Republic of China claimed the exclave. In China, civil war broke out between the nationalists of the Kuomintang, the hegemonic party in the Republic until then, and the Chinese communists. As the conflict progressed, the nationalists had to withdraw to Taiwan and 2,000 refugees settled in Kowloon fleeing the war. The British attempted to expel them in 1948 but soon gave up preferring not to intervene thereafter. The war ended in China in 1949 and the People's Republic of China was proclaimed. Which did not maintain diplomatic relations with the United Kingdom.

The origin of the most densely populated settlement in history

All these circumstances led to the city of Kowloon starting to grow rapidly in the 1950s in the heat of Hong Kong's economic development. On the one hand, it belonged jurisdictionally to the Republic of China that had been reduced to Taiwan, which ignored the matter having other more pressing problems. But on the other hand, it housed a large number of Hong Kong workers without having to live in the colony, this avoided the English any responsibility towards them, since they lived de jure in other country.

This generated the circumstance that everything that happened in Kowloon was outside the laws of any country, with no taxes or police or state. A power and organization hole that was soon occupied by the Triads, local organized crime organizations that took over. It was only during a 1959 trial for a murder that occurred within the walled city that the Hong Kong government was found to have jurisdiction there in the fight against crime, although in practice the police only acted in extreme situations that caused social alarm.

The city reached its maximum development in the late 70s of the 20th century, being practically an extrusion of the site. The streets were barely more than a meter wide and the inhabitants built a network of passageways and stairs that allowed them to move from one end to the other without stepping on the ground. It was practically a vertical city with houses, restaurants, clandestine workshops, opium dens and brothels. An organized crime city.

It is striking that in the absence of regulations, unwritten laws were improvised, a rule among the neighbors was to always leave the facilities in view, in order to quickly stop possible fires or pipe breaks, given the absence of emergency exits. On the other hand, the narrowness of the streets and the intricacy of the buildings made the garbage accumulate. The problem became so uncontrolled that they had to put a net over the temple so that no more garbage would fall on it.

The Polis of organized crime

Although crime decreased as the 80s of the 20th century were reached, the city was abuzz with illegal activities. Hundreds of unlicensed dentists and doctors are striking, given that healthcare was very expensive in Hong Kong. Although not all the inhabitants were engaged in illegal activities, the vast majority worked as workers in Hong Kong or had small businesses.

But at the end of the 20th century the existence of the city of Kowloon was sealed, the British Government agreed to the cession of Hong Kong to the People's Republic of China, in exchange for certain political guarantees for the territory. The mutual decision of the two governments to tear down the walled city was announced on January 14, 1987. Residents were compensated and the city was demolished between 1993 and 1994. Before said demolition, a group of Japanese architects carried out planimetry of the complex, that they published in 1996 in the book  Kowloon large illustrated (ISBN-10: 4000080709), from which the section at the beginning of the post is taken.

Following demolition, the space once occupied by the Kowloon fortress was converted from the site to a garden, restoring the ancient yamen and conducting archaeological excavations. Currently there is a memorial sculpture of the demolished buildings.

* Images not marked with copywright belong to Wikimedia Commons 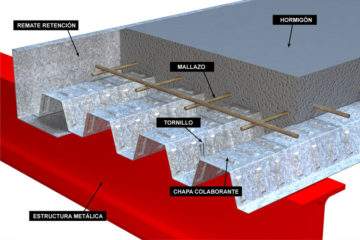