Egypt is an extremely rich country in natural resources. From the fertile Nile Valley to the Aswan Dam, the Suez Canal, the extraordinary historical heritage and its tourist potential. In addition, there are untapped resources with high potential in the Libyan desert, ancient dry lakes located below sea level on the left bank of the Nile. The largest is the so-called Qattara Depression. Which is an arreica basin (dry hydrographic basin) with an immense hydroelectric potential.

The Qattara depression covers approximately 19,605 km², and its maximum dimensions are 80 km wide and 120 km long. The deepest part is 133 m below sea level, and contains the second lowest point in Africa. It is located between the Mediterranean Sea and the Siwa Oasis in the Libyan Desert.

The interior of the depression is occupied by salty lagoons supplied by groundwater that dries seasonally. Being the average depth of 60 meters below sea level. The environment is extremely arid.

Given its relative proximity to the sea, its hydroelectric potential has been taken into account since the first measurements of the terrain height were made in 1917. If it were possible to communicate with the Mediterranean Sea with a pipeline, electricity could be generated unlimitedly given the great evaporation rate that the lake would have, 700 m³ / s.

Since their discovery, plans have been proposed to harness the hydroelectric potential of the Qattara Depression. The earliest serious proposals were put forward by Dr. Jhon Ball in 1927. He also made the first calculations on the fill rate, the input rate, the production of electricity, and the evaporation of the new lake. The proposals suggested the excavation of a tunnel between 55 and 100 km depending on the chosen route to the Mediterranean Sea. Or 300 km to connect the Depression with the Nile River, although this option was discarded as it was the least viable.

During World War II, the presence of depression shaped the first and Second Battle of El Alamein . It was considered impassable by tanks and most other military vehicles due to salty lakes, cliffs, and ravines of fine sand. During the war, the plateau separating the Qattara Depression Sea was filled with minefields, adding another point of difficulty to the project.

The project was resumed after the Second World War, and was close to being realized. In 1953 the excavation of a canal that would connect with the sea was proposed to generate the hydroelectric jump. The canal would have an average height of 200m and 213 nuclear explosives would be used. This project fit the program Atoms For Peace proposed by President Dwaight Eisenhower with the aim of gaining influence in the Middle East in the framework of the Cold War. Finally, the Egyptian government rejected the project, focusing on the construction of the Aswan Dam between the years 1960-1970.

In the first phase of the project, Qattara 1 was to generate 670 megawatts. The second phase was to generate 1,200 additional megawatts. A pumped storage hydroelectric facility would increase maximum production capacity by another 4,000 megawatts, totaling around 5,800 megawatts. In comparison, the Aswan dam produces 2,100 MW.

New technologies in the execution of tunnels could make the project viable in the future, taking into account that if the Qattara Depression is flooded, the generated lake would moderate the temperatures of its coasts and increase rainfall. Therefore the benefit apart from the hydroelectric potential would be in increasing the living and cultivable area of Egypt.

Yes, it is necessary to spread sea water over all those land surfaces that, like the Qattara depression, allow us to do so. Now more than ever. This will help the Planet to restore the natural processes that are so necessary to restore the ideal conditions of our Planet for the development and maintenance of life on it.

Looking forward to reading more. Great blog.Much thanks again. Will read on ...

Thank you ever so for you article post.Thanks Again. Will read on ...

I just want to mention I am just new to blogs and honestly liked your page. I'm probably planning to bookmark your blog. You absolutely come with superb stories. Appreciate it for sharing with us your blog.

I just want to mention I am just all new to blogging and actually loved your blog. Almost certainly I'm planning to bookmark your blog. You amazingly come with fabulous posts. Many thanks for sharing with us your blog. 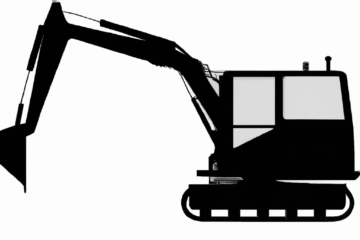